Our latest breed profile takes us into regal territory, at least in name, with the Cavalier King Charles Spaniel. This small spaniel breed has a fascinating recent history which is worth reading even if your breed interests lie elsewhere. 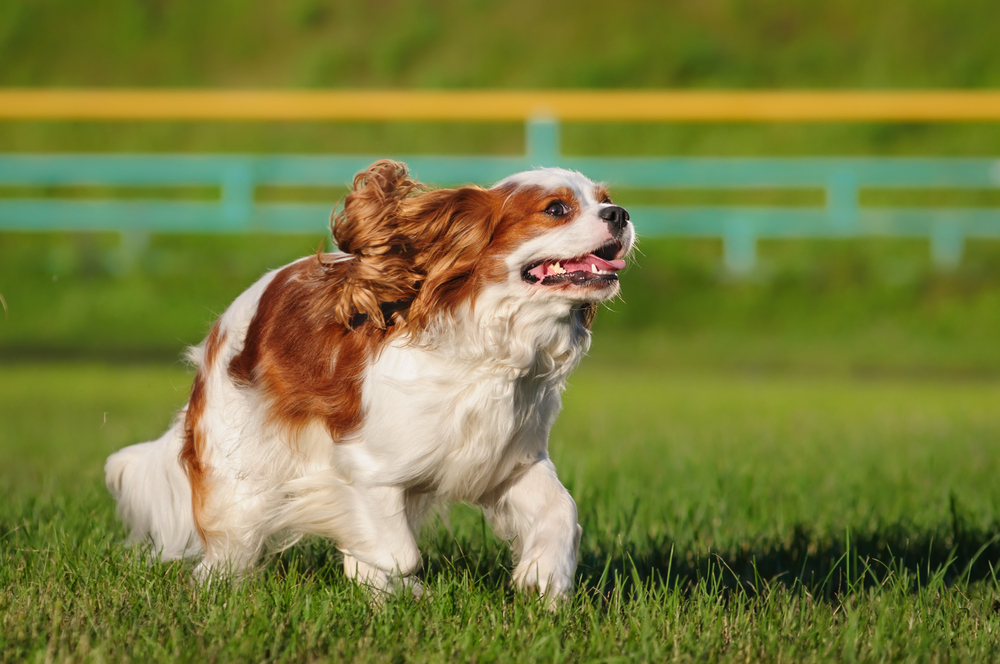 History of Breed: It was in the 1920s that an American named Eldridge is thought to have begun work on creating a spaniel similar to the old ‘Blenheim Spaniel’, a type of red and white King Charles Spaniel that was used for hunting on the Blenheim estate in the 18th century. The Second World War put paid to the work that had gone into the breed and towards the end of the war there were only six dogs left to breed from. They were first recognised as a variety of King Charles Spaniel in 1928, but were only recognised as a breed in their own right by the Kennel Club in 1944. However, since then the breed has soared in popularity.

Size: A small dog, though one of the larger in the ‘toy’ class. Breed standards dictate that dogs should be between 30-33cm in height and well balanced with a weight proportional to height between 4.5-8.2kg.

Features: Cavalier King Charles Spaniels come in four colours: black and tan (white markings undesirable), ruby (red all over, white markings undesirable), Blenheim (chestnut markings on a pearly white background with characteristic ‘spot’ on the top of the head), tricolour (black and white with tan markings). They are characterised by their liquid eyes, long ears and flat noses. Their long, silky (but never curly) coats are noticeable for their markings and feathering to the ears, feet, legs and tail.

Energy Levels/Exercise Required: Moderately energetic, requiring about an hour of exercise a day, the Cavalier King Charles is at home in town or country and can be accommodated in quite small living spaces, taking exercise anywhere from a busy high street or city park to a country lane or romp across the fields.

Potential Health Problems: The most common health problem that affects Cavaliers is mitral valve disease, which leads to heart failure and is usually the cause of death for most dogs of this breed. It is thought that all Cavaliers can be traced back to just six dogs, which would explain the prevalence of hereditary conditions in the breed. Hip dysplasia, luxating patellas and some ear and eye problems can also be a cause for concern. Hip dysplasia is most certainly exacerbated by obesity, so keeping a careful eye on weight by feeding to condition with a nutritionally balanced dog food will help keep this particular problem to a minimum. For dogs with a tendency to be overweight, Gilpa Slimline will still provide essential Omega 3 and 6 that are important for good health, whilst having a lower overall fat content to aid weight control.

Temperament: The Cavalier’s temperament matches its gentle expression. Generally good humoured and affectionate, they are eager to please and playful by nature. Never aggressive, yet fearless, they make good companions.

Family Dog/Child Friendly: A great dog that gets on well with children as well as other dogs and pets due to their patient, good nature and therefore well suited to a family home. Not requiring as much exercise as larger dogs, such as gundogs or sheepdogs, they also make lovely companions for people who live alone but can manage a moderate amount of exercise.

Dislikes: Being ignored and lonely.