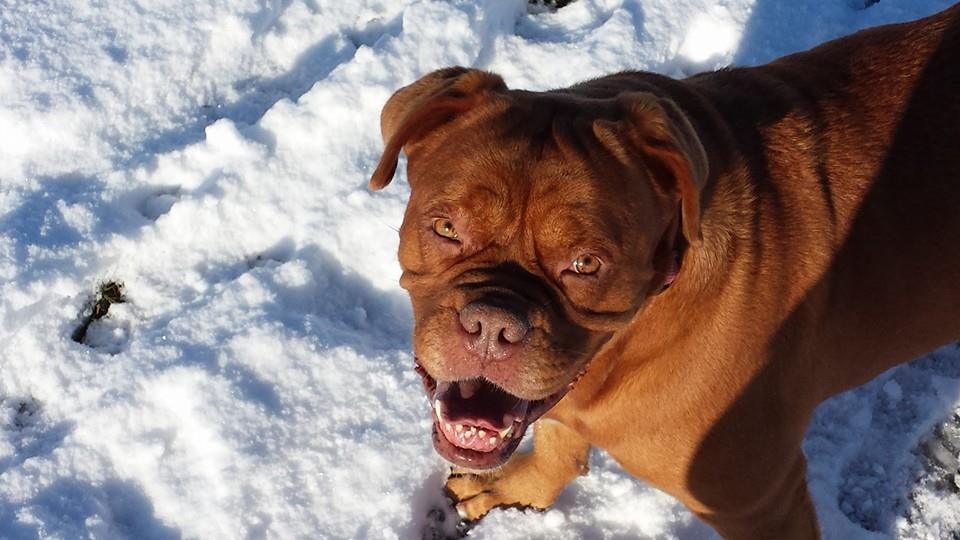 History of Breed: An ancient French breed, also known as the French Mastiff, Bordeaux Mastiff or Bordeauxdog, the Dogue de Bordeaux is a very large, muscular breed of dog that was originally bred to pull carts, guard properties and flocks of sheep, hunt and fight. Dogues were shown at the first French dog show in 1863 and were officially recognised as a breed by the Kennel Club in 1997.

Life Expectancy: The life spans of larger dogs tend to be shorter than those of smaller dogs. The Dogue de Bordeaux has an expected life span of approximately six years, but can live for up to ten years.

Features: Dogues are famous for their large heads and it is claimed that they have the largest heads in proportion to their bodies than any other dog breed. Their loose lips, dewlaps and brachycephalic face, giving them a slightly forbidding, challenging expression, are classic features of the breed. Their coat is short, fine and soft and in shades of fawn, a reddish brown. They are often described as having a red or black ‘mask’ round the eye area. In black masked dogs the nose is black and in red masked dogs the nose is pink. They have a muscular, broad chest and neck, with some loose folds on the neck, but not to excess. The tail is long to the hock, but never curling or carried high.

Energy Levels/Exercise Required: Exercise should be limited until 12 months of age due to the size of the Dogue and their bone development. Exercise in warm weather should be avoided (see below), but otherwise, depending on the fitness of the individual dog, Dogues are very active and can walk for miles. Given their high energy levels and potential health issues, feeding needs careful attention throughout their lives. High meat protein levels and appropriate feed supplements are a must, so a food such as Dr John Titanium is perfect during their junior and adult lives, whilst more specialist dog feeds like Heritage Sensitive or Dr John Hypoallergenic will be required by some dogs that are prone to digestive tract problems.

Potential Health Problems: Due to the brachycephalic nature of their heads, Dogues can suffer with breathing problems and heat intolerance, which can limit their exercise. The Kennel Club has designated Dogue de Bordeaux a Category Three breed, which means that ‘some dogs have visible conditions or exaggerations that can cause pain or discomfort’. Other common problems include skin and heart conditions as well as epilepsy and GDV (Gastric Dilation Volvus).

Temperament: Bred for guarding and hunting, Dogues are distrustful of strangers and unfamiliar objects and are loyal protectors of the home. They are powerful, athletic, courageous and fearless, but also placid, affectionate and docile if exercised and stimulated enough.

Family Dog/Child Friendly: Despite their size, Dogues don’t necessarily need to be in a large home. Their loyal and affectionate nature makes them good family pets, but they may be better suited to a family with older children due to their size and weight. Breed research is essential before investing in a Dogue and, as with all dogs, correct handling and training is of huge importance. 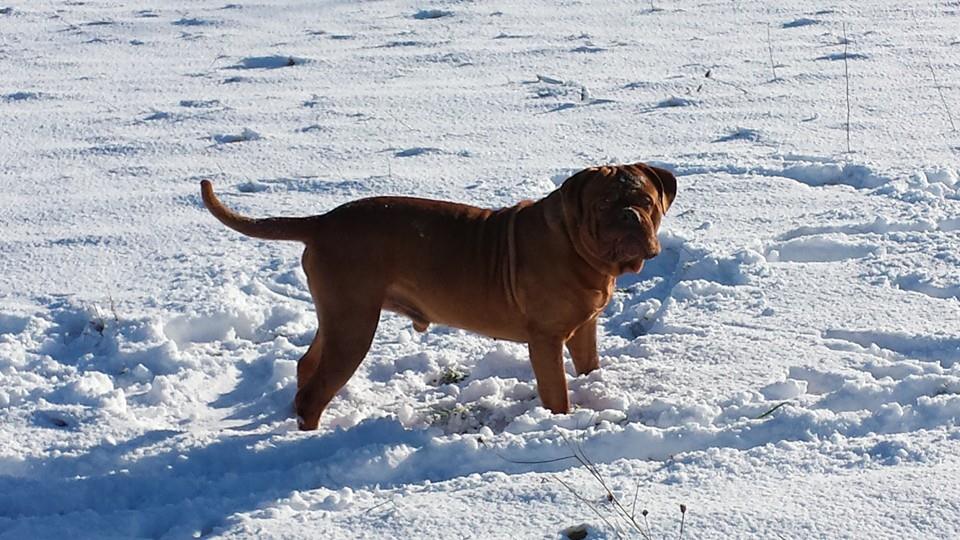