HomeDog Nutrition & HealthGetting a Good Start in (a Dog’s) Life

Getting a Good Start in (a Dog’s) Life

Read today’s article to give a little insight into the magic that can happen when dogs are looked after by people who, despite being part of the ‘industry’, genuinely care about their canine charges. 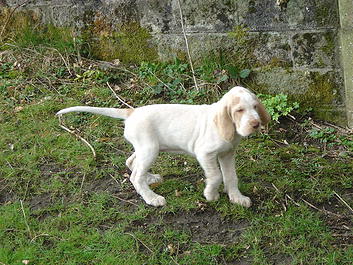 Lola was born in January 2011 and was Nina Fleming’s first Italian Spinone. Spinoni (plural) are known for being very placid and engaging whilst there’s nothing much to interest them – but bursting into balls of energy when there’s something worth chasing!

On November 17th 2014, Lola gave birth to a fantastic litter of 8 very healthy pups. Following testing, vaccinations, chipping and growing up a bit, they’ve recently departed for their new homes and some very fortunate owners.

Now, that’s not particularly dramatic or unusual so far, but Lola happened to have been lucky enough to join the Chandhally ‘family’ – a place where top-class breeding, showing and judging are literally a way of life – and where a dog’s well-being is very important. Despite being their first Spinone, Lola is already picking up top 3 placings in European events.

Chandhally are actually best-known for their work with Dalmatians in both breeding and capturing numerous championships around Europe and further afield. Nina is herself a championship judge, working in the UK and overseas, and appears on the judging lists for at least 7 UK breed clubs.

At this point, it’s worth saying something about the relationship between breeders and dog food manufacturers. Nearly all breeders will have a ‘pet’ manufacturer that they’ll recommend, but whether that relationship results simply from a desire to access as much free food as possible, or from a desire to find the right food for a dog whilst saving some money, is often hard to tell.

It’s one of the reasons why Gilbertson & Page don’t actively offer breeder programmes and the like, as we prefer to work through word-of-mouth and our strong relationships with societies and associations. In the end, we want dogs to be happy and healthy throughout their lives and that means finding the right feed at every life stage.

That’s where our relationship with Nina and Lola started a couple of years ago, as Lola had been struggling a bit with digestion. Nina discussed the issue with Tony Richards, a Gilbertson & Page Area Manager, and tried Lola on our Heritage range. The turnaround was very rapid and Lola was soon back in superb condition. 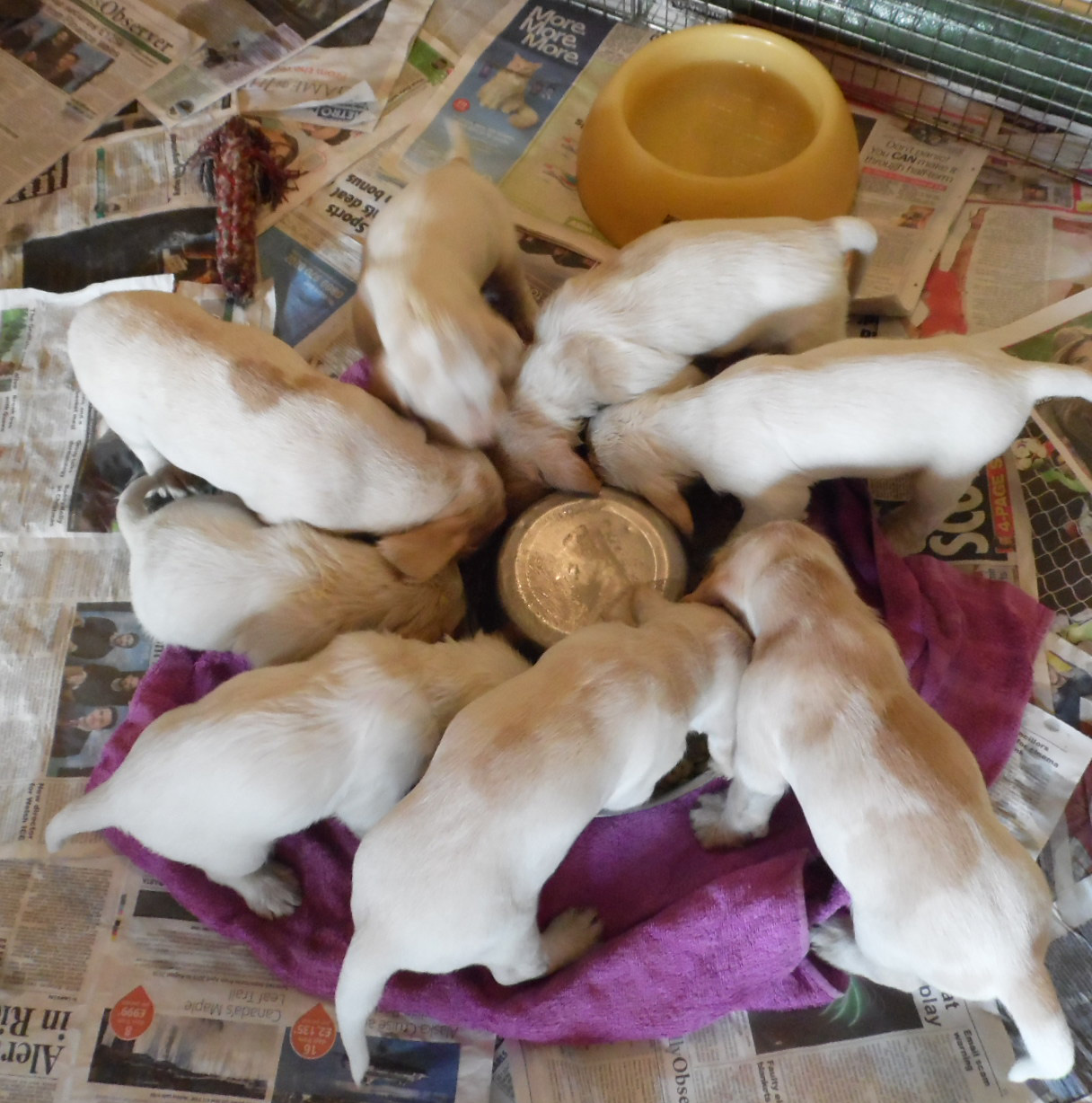 As a result, the first dry food offered to the Spinone pups was our Heritage Growth formula and they have absolutely thrived on it. So much so, in fact, that Nina has reported how disgruntled Lola is at having nothing left to eat up herself!

Heritage Growth is quite a technical formula, despite its price. Its 27% protein/15% oil and fat formulation is rich in chicken, whilst also having a number of highly-beneficial nutritional additions, including green-lipped mussel extract for joint protection and optimised levels of vitamins A, D and E. For more details on this advanced formula, click here.

The good news for the new owners of these 8 wonderful Spinoni dogs is that each of them will be receiving bags of Gilbertson & Page Heritage Growth dog food – not because the breeder has a ‘deal’ with Gilbertson & Page, but because it’s the right food for those dogs and they love eating it.